Whelm was commissioned by the Burrard Arts Foundation for the 2017 iteration of the Façade Festival, presented on the north side of the Vancouver Art Gallery in September 2017.

In this project, elements from my prints, photographs, and drawings are constructed into a series of inter-related animations with three primary components: a shifting series of moving patterns; a view of the sky with animated clouds passing through; an ocean-scape with an island.

Whelm is the story of a flood, of waters rising and swallowing worlds whole, a reflection on our current planetary crisis. Whelm is also an act of revision, an imposition of an excess of pattern and decoration, a proposition to centre a different set of aesthetic traditions. The Festival tool place on the façade of the Vancouver Art Gallery, a neo-classical building that once housed the provincial courthouse. Whelm was constructed in response to this architecture, emblematic of uninvited and imposed colonial power. Over the course of five and a half minutes, a series of repeated forms move through and slowly inundate the columns and walls: Javanese batik motifs; perspective-shifting geometric designs; stylized depictions of water and waves cascading from one side of the building to another. 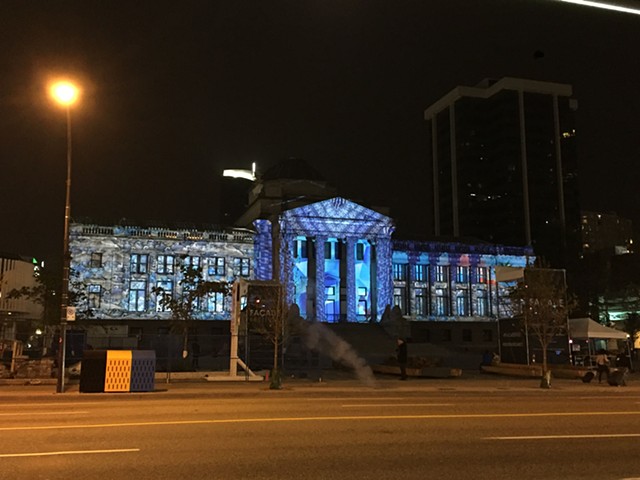 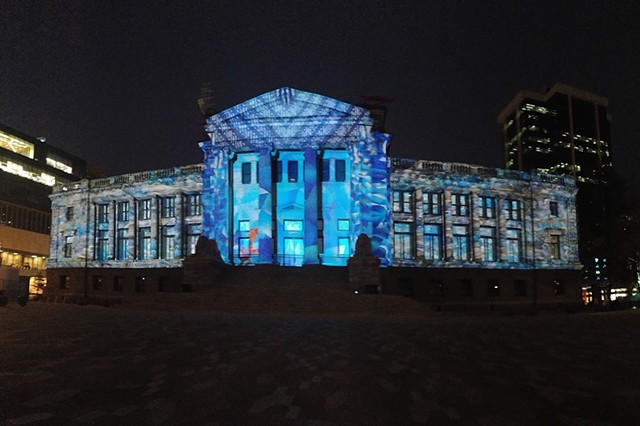 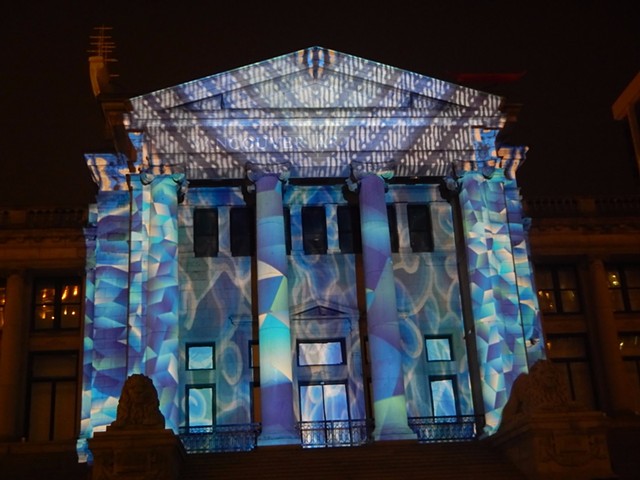 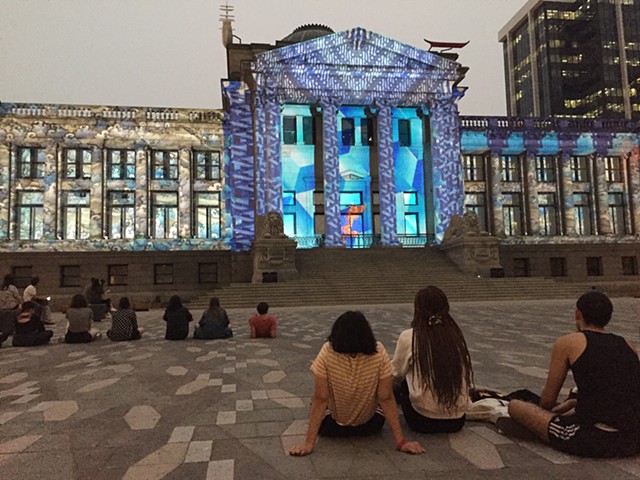